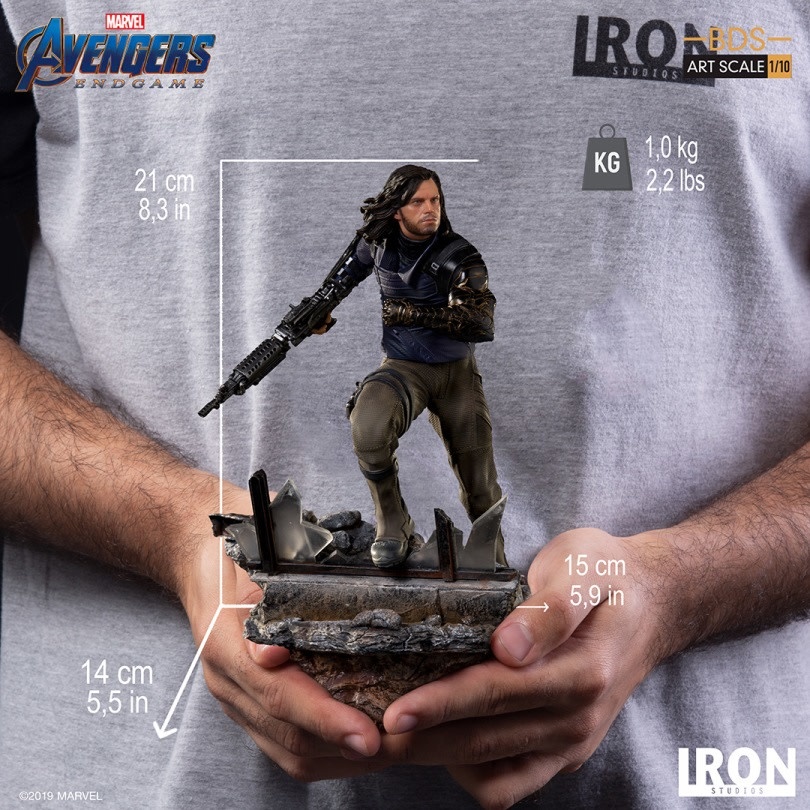 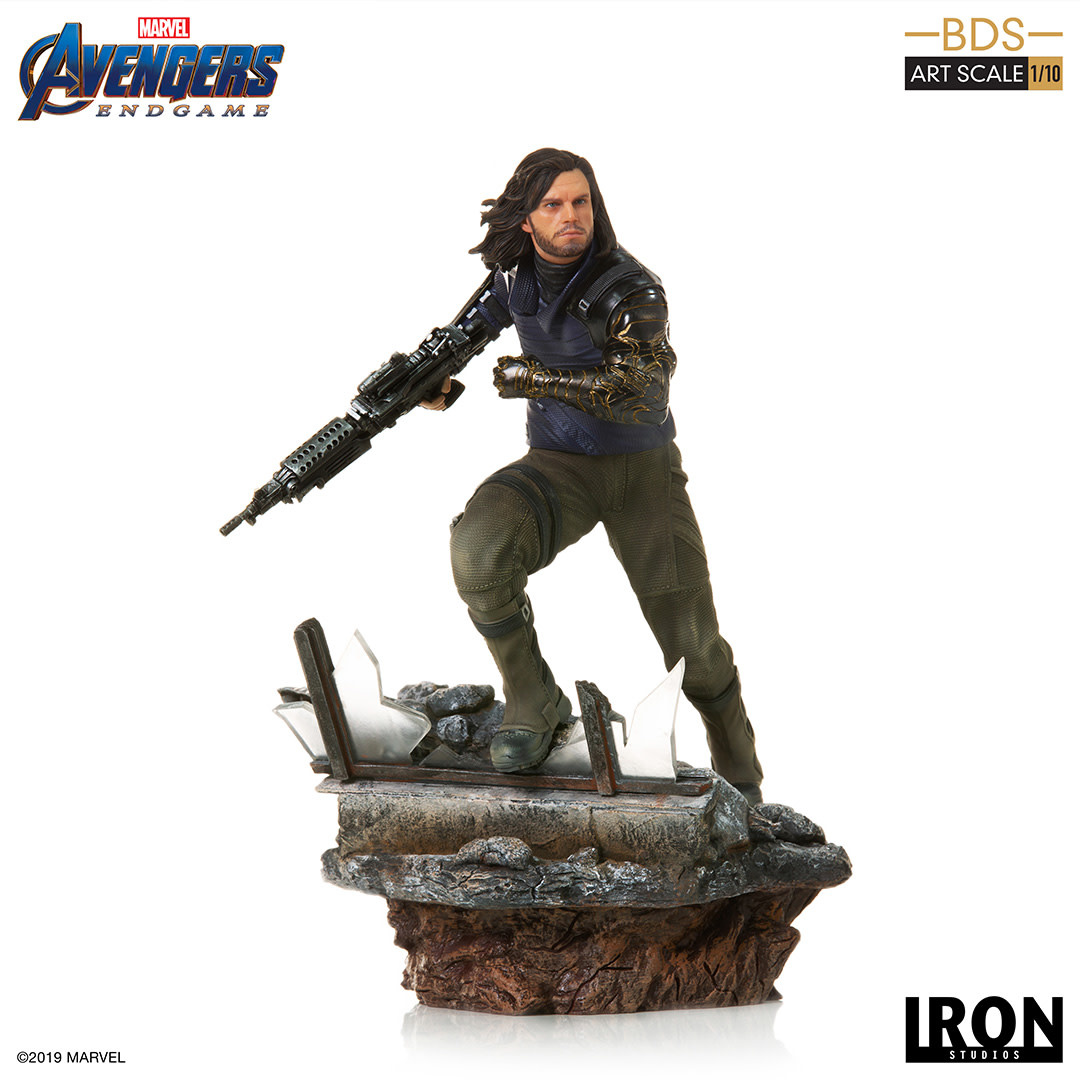 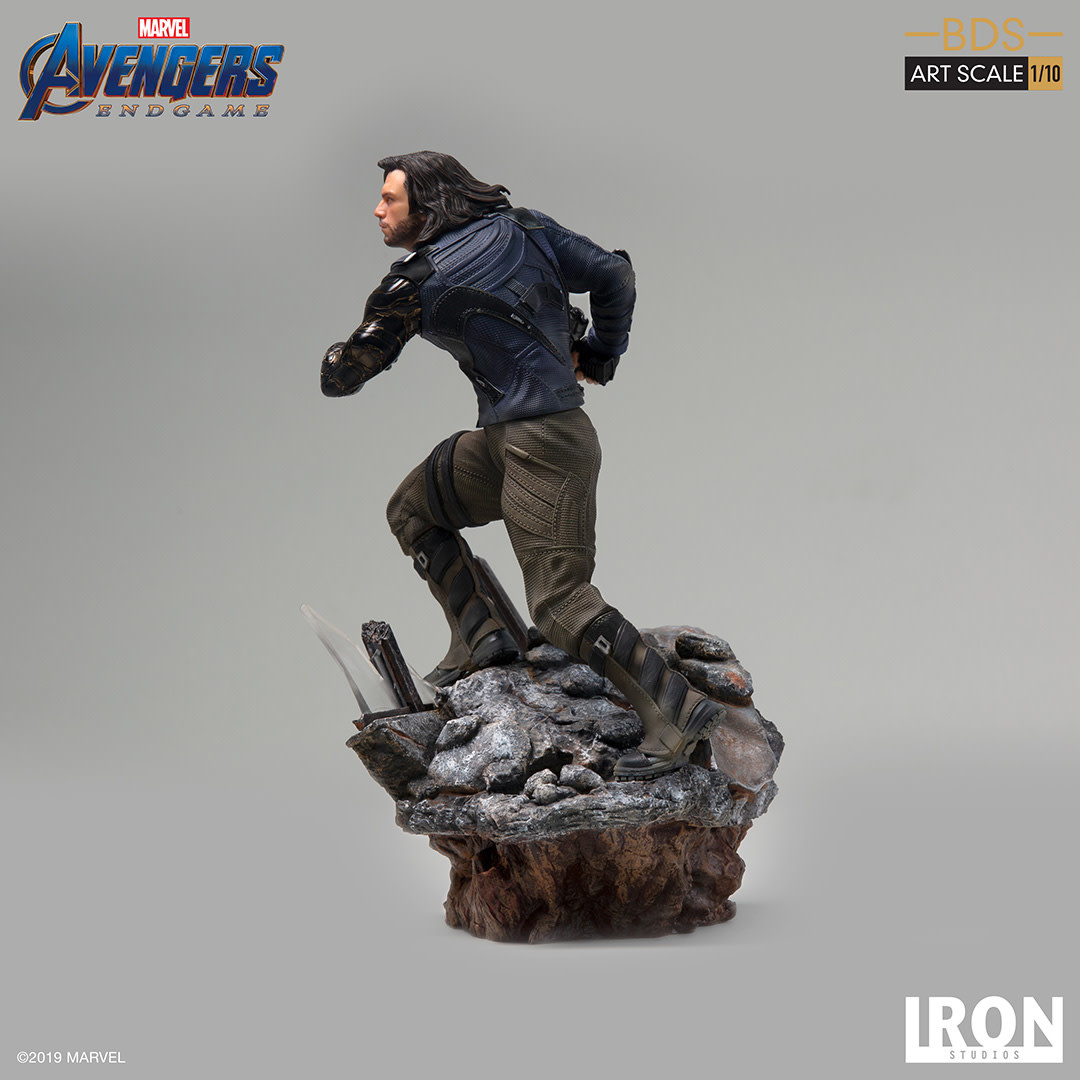 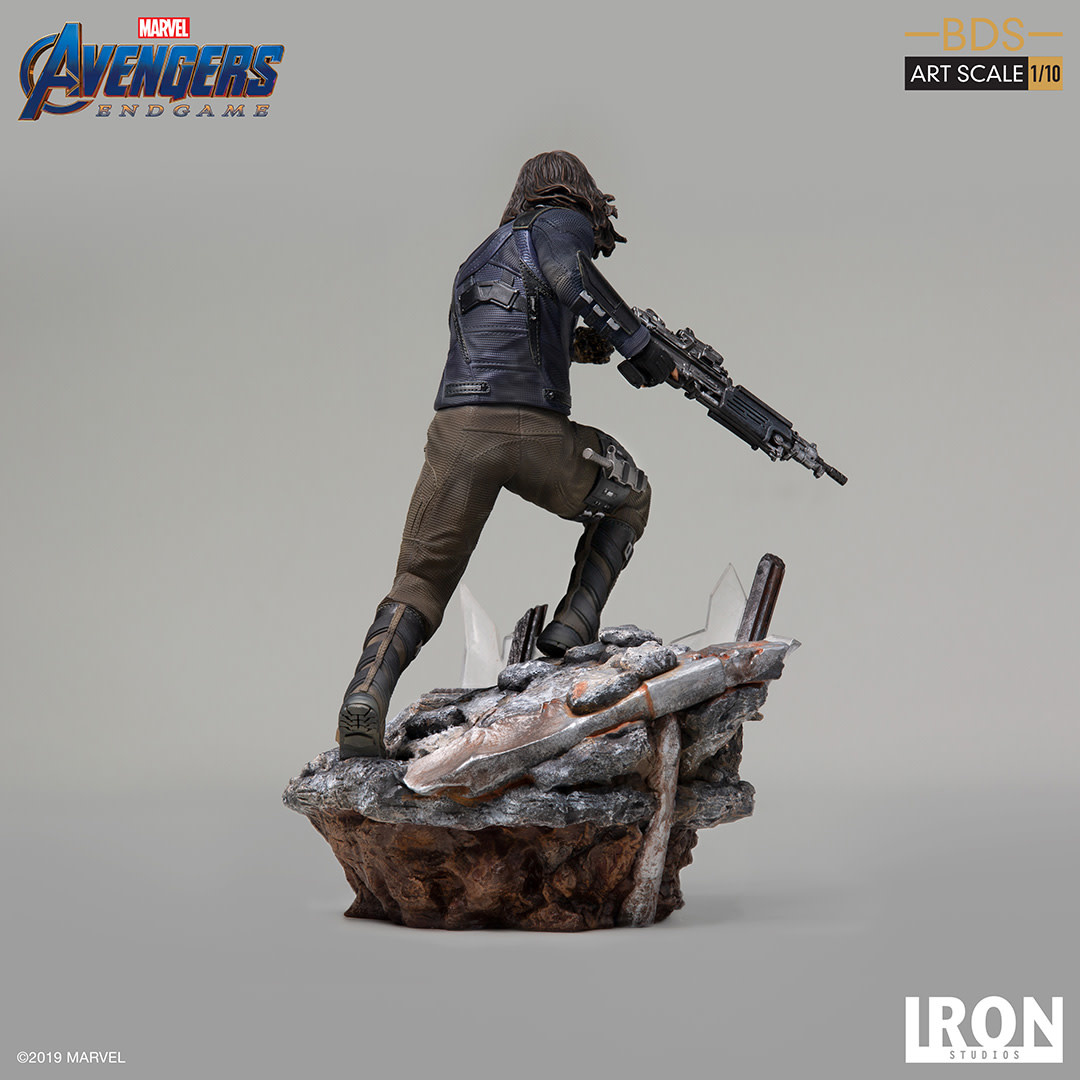 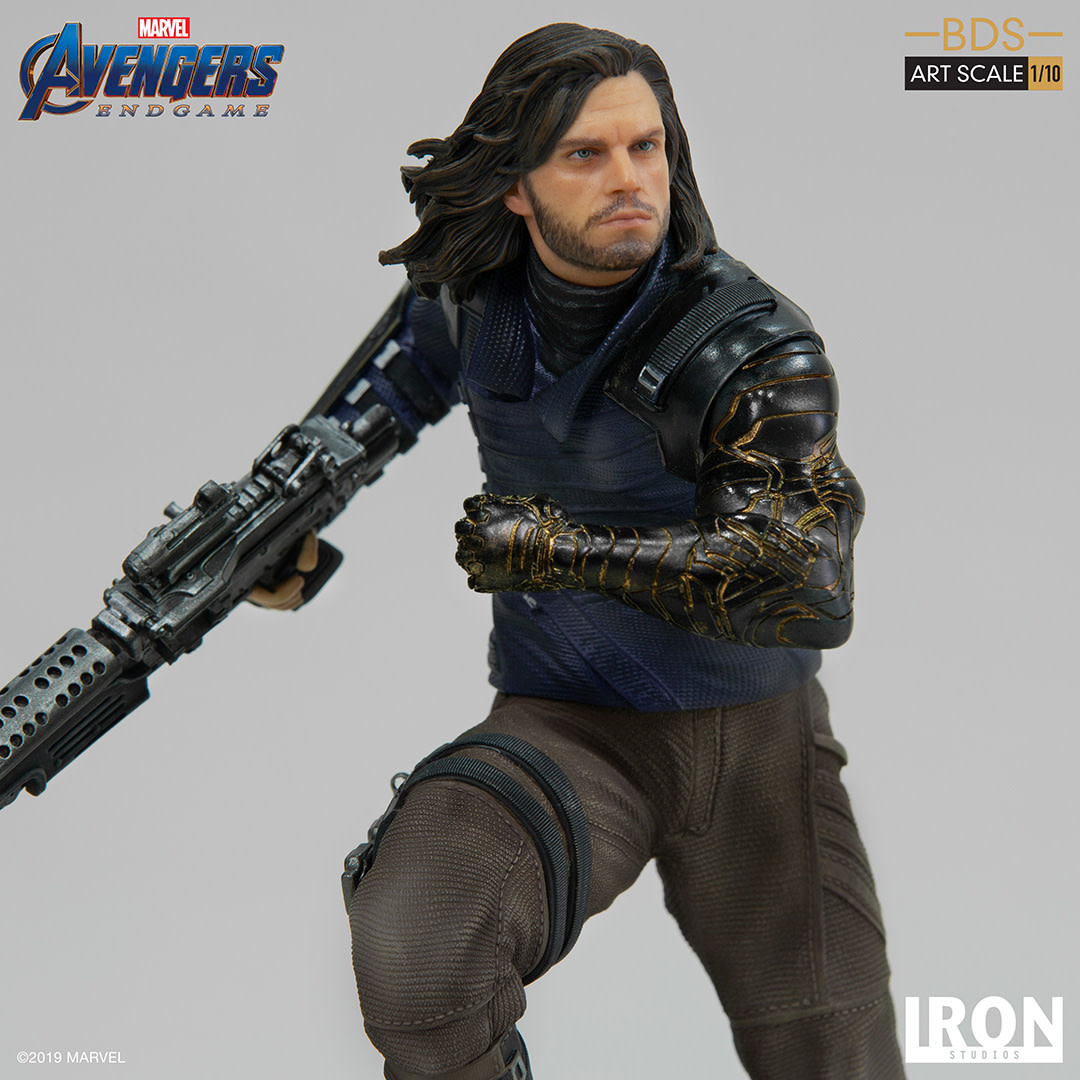 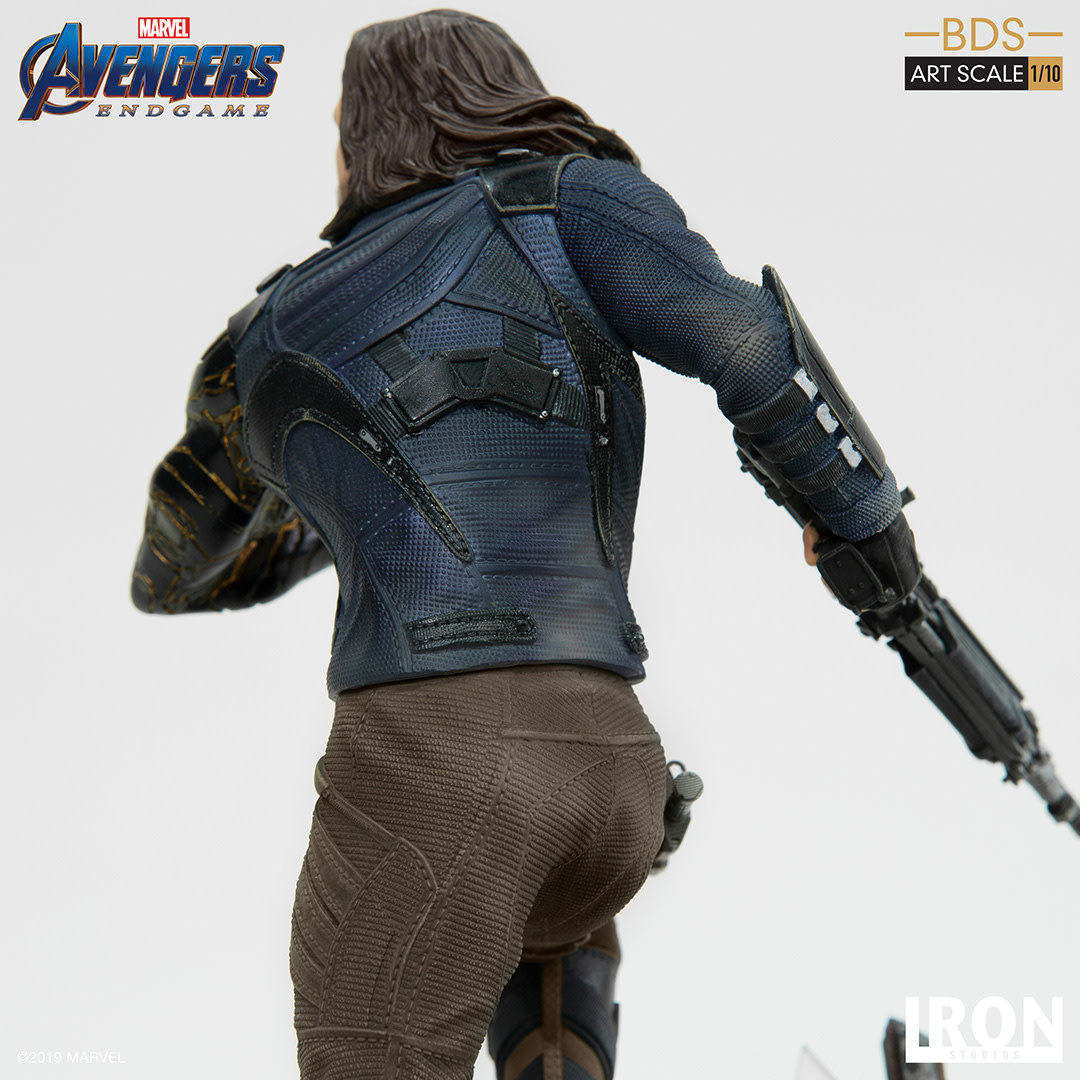 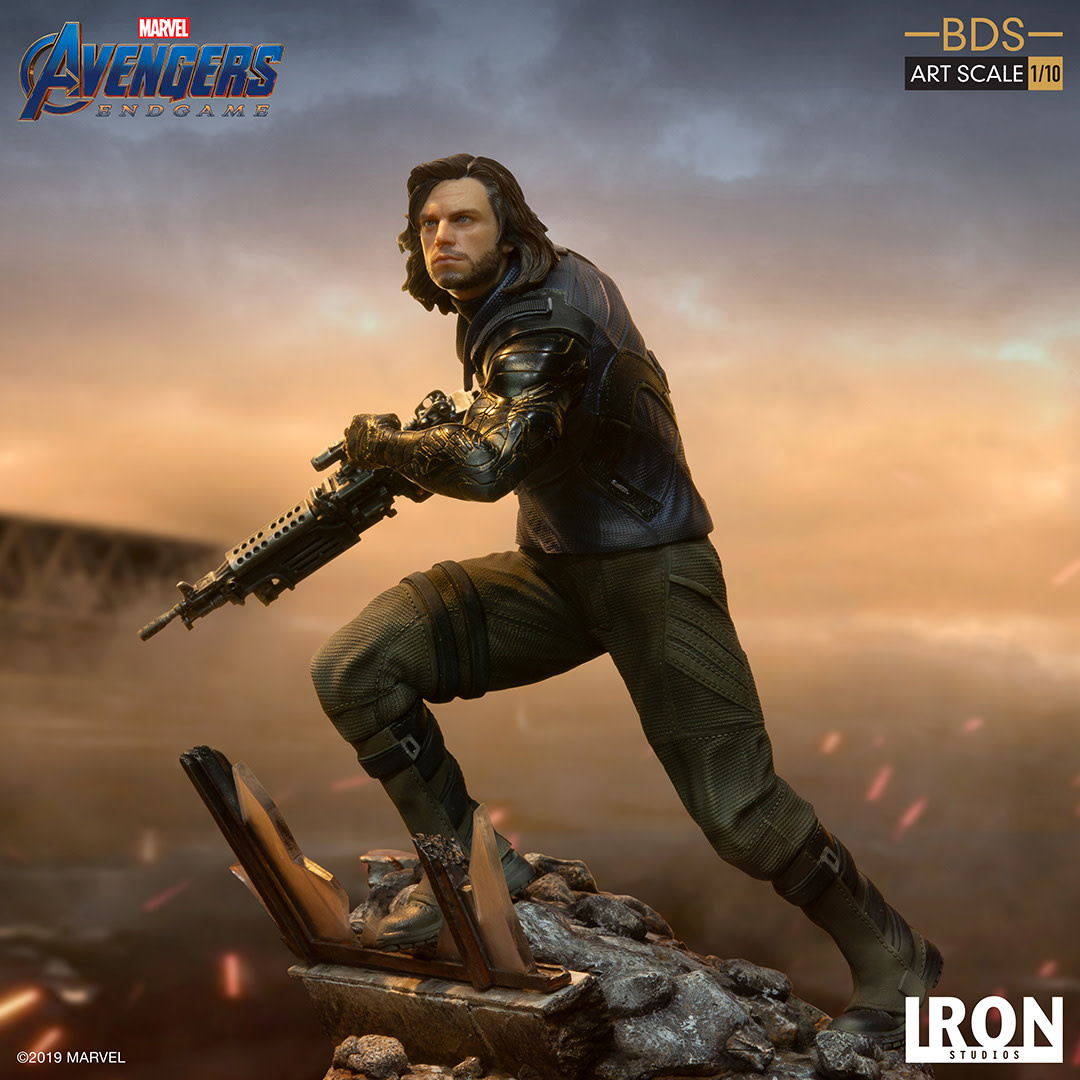 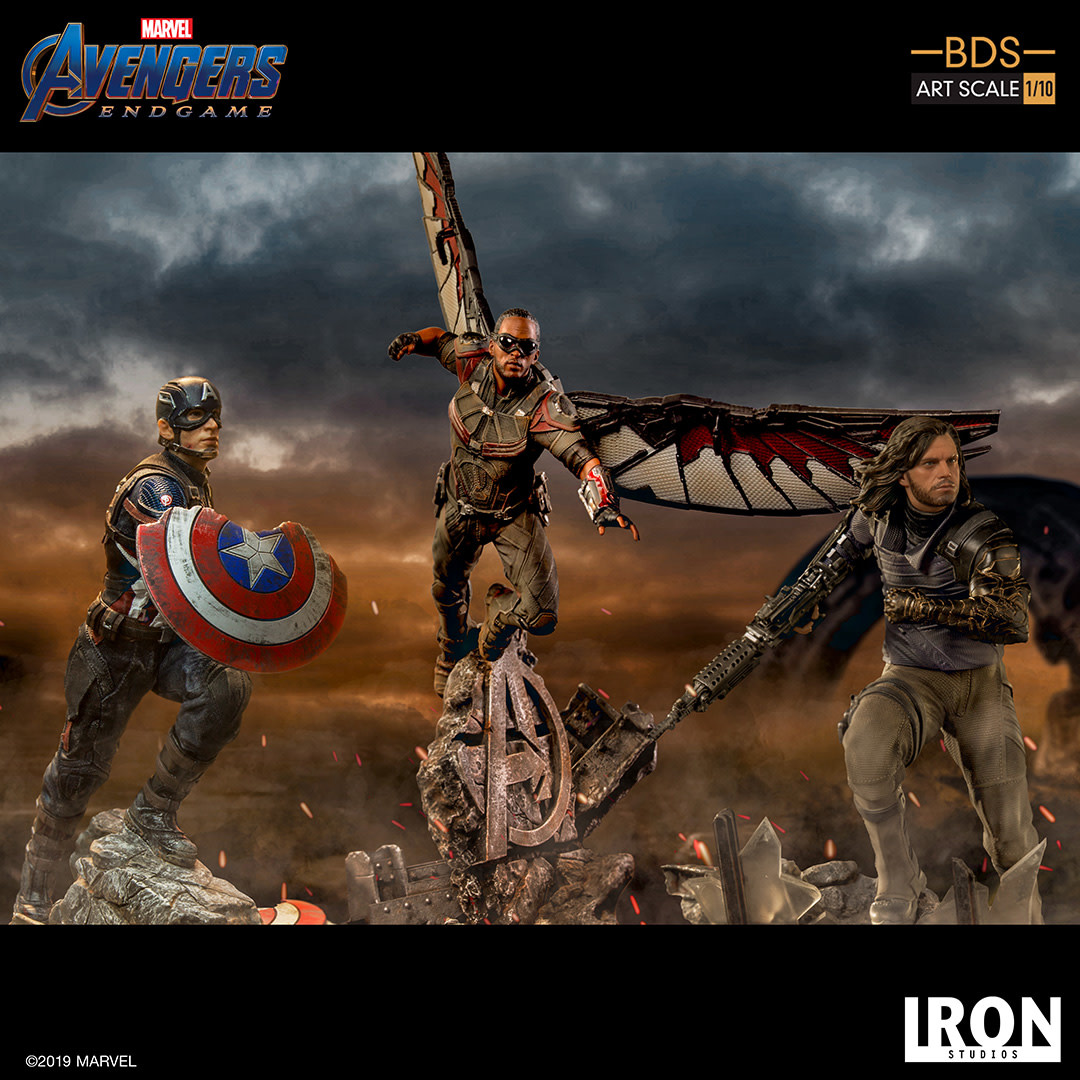 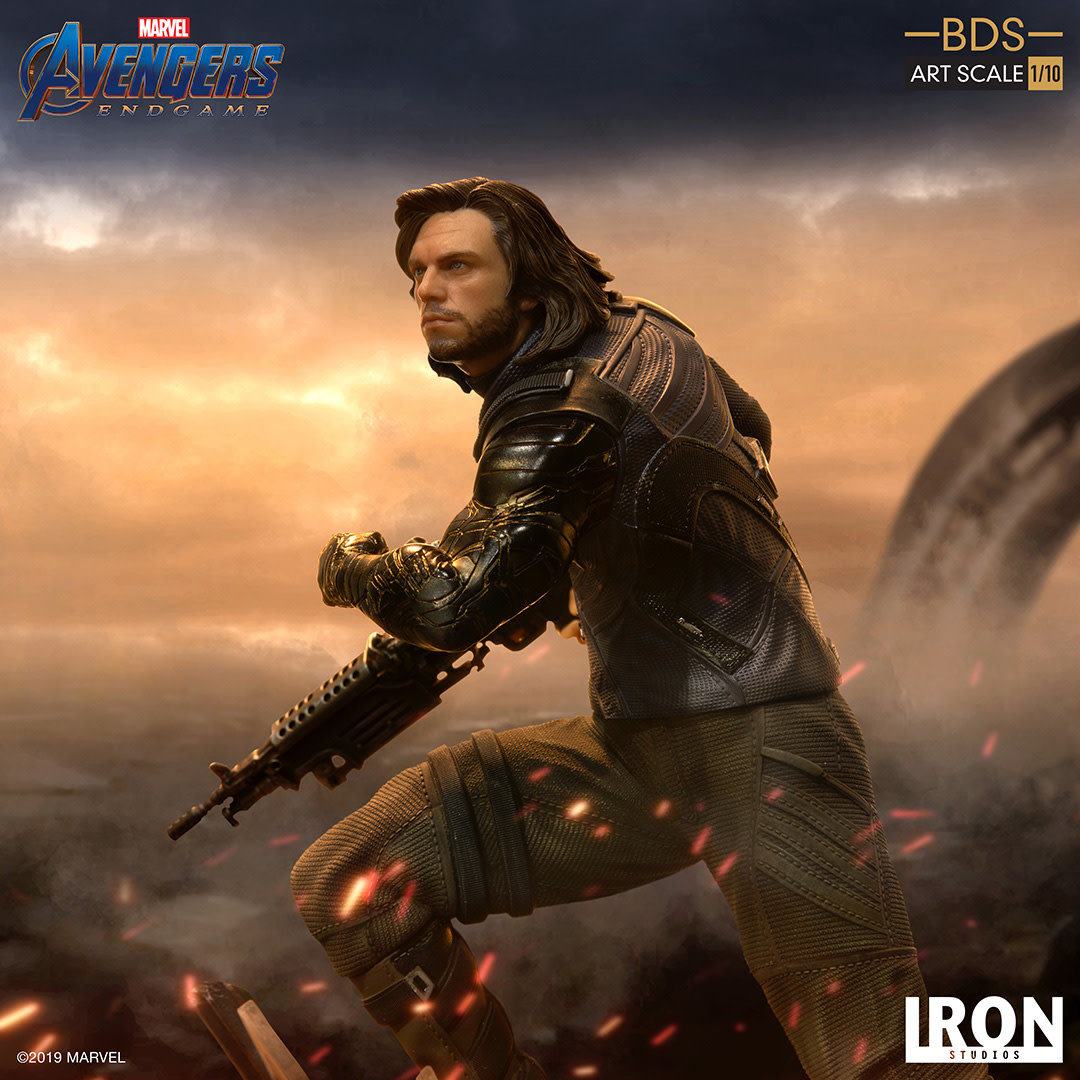 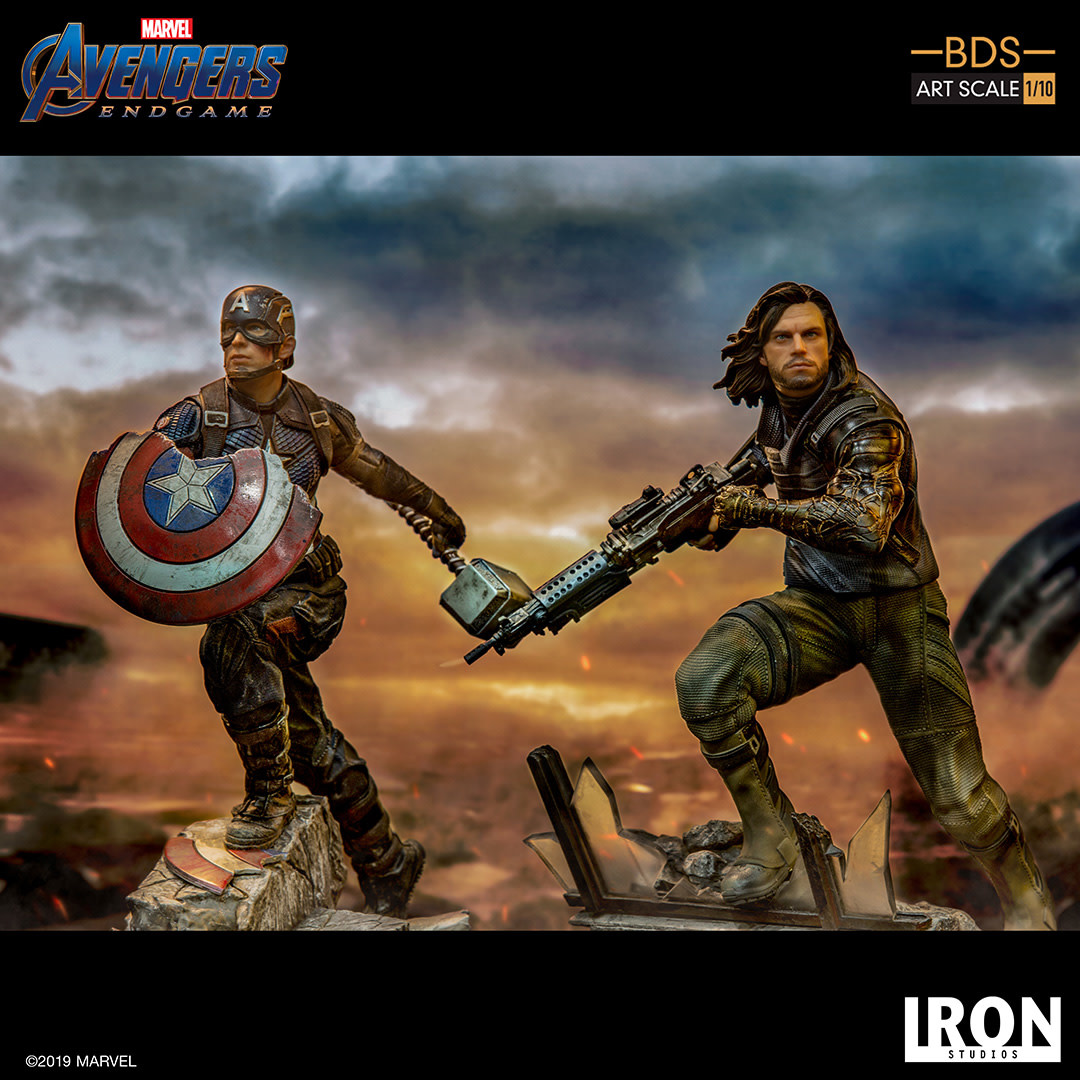 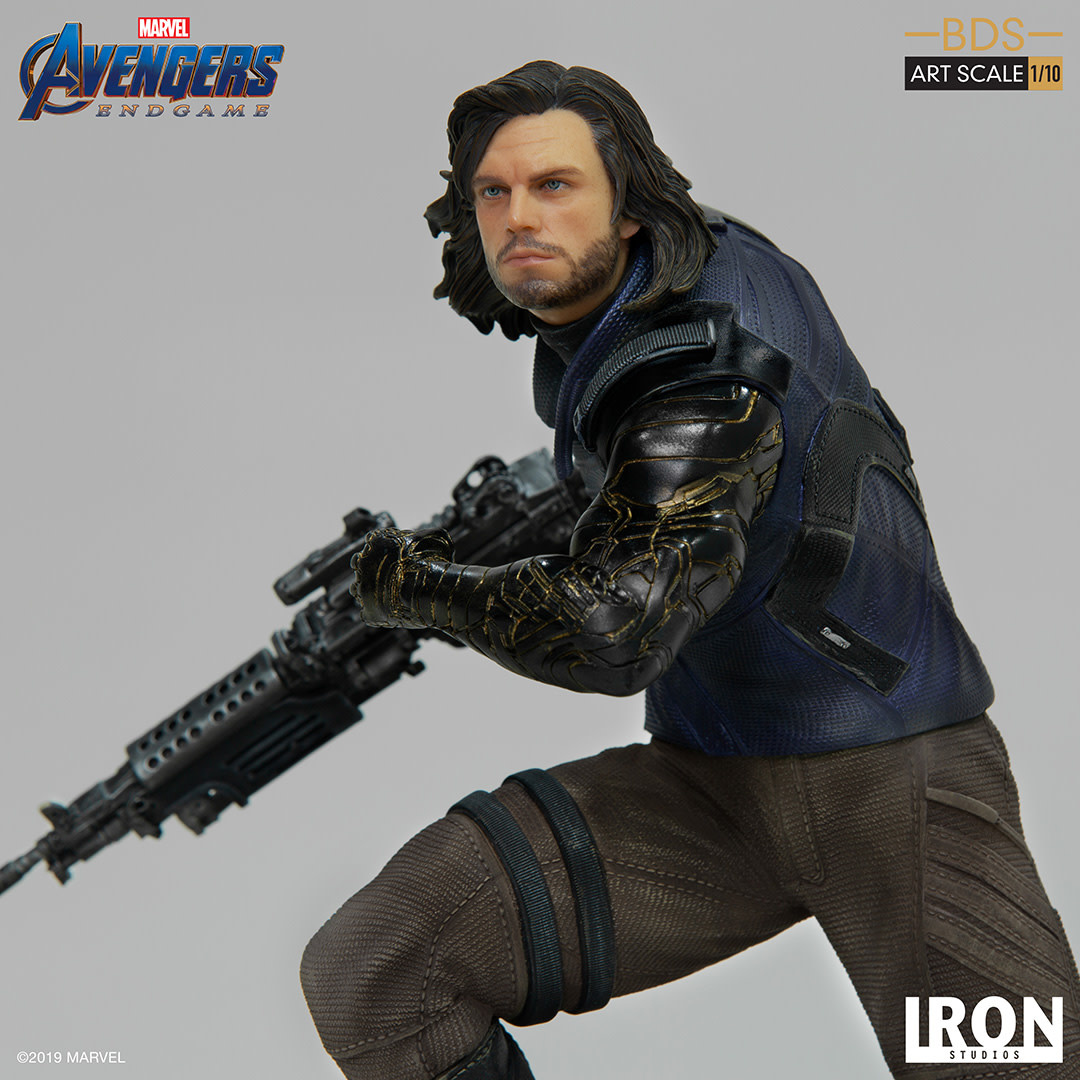 Winter Soldier is James 'Bucky' Barnes, who after being seriously injured in World War II, was found by Russians who transformed him through freezing and mental manipulations in the Winter Soldier, a cold assassin responsible for important political assassinations that only managed to recover his memories thanks to Captain America.

Barnes has an implanted bionic arm that gives him strength and superhuman reflexes.

In the Marvel Cinematic Universe he is interpreted by the actor Sebastian Stan and vanished after Thanos snap.

Now, he is back in his 1:10 BDS Art Scale version of Avengers Endgame with a fully detailed base and an updated likeness of Stan. 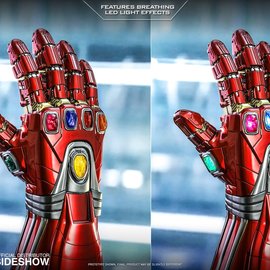 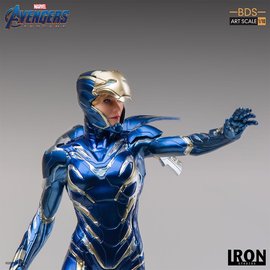 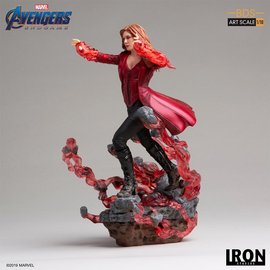 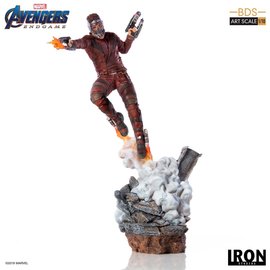