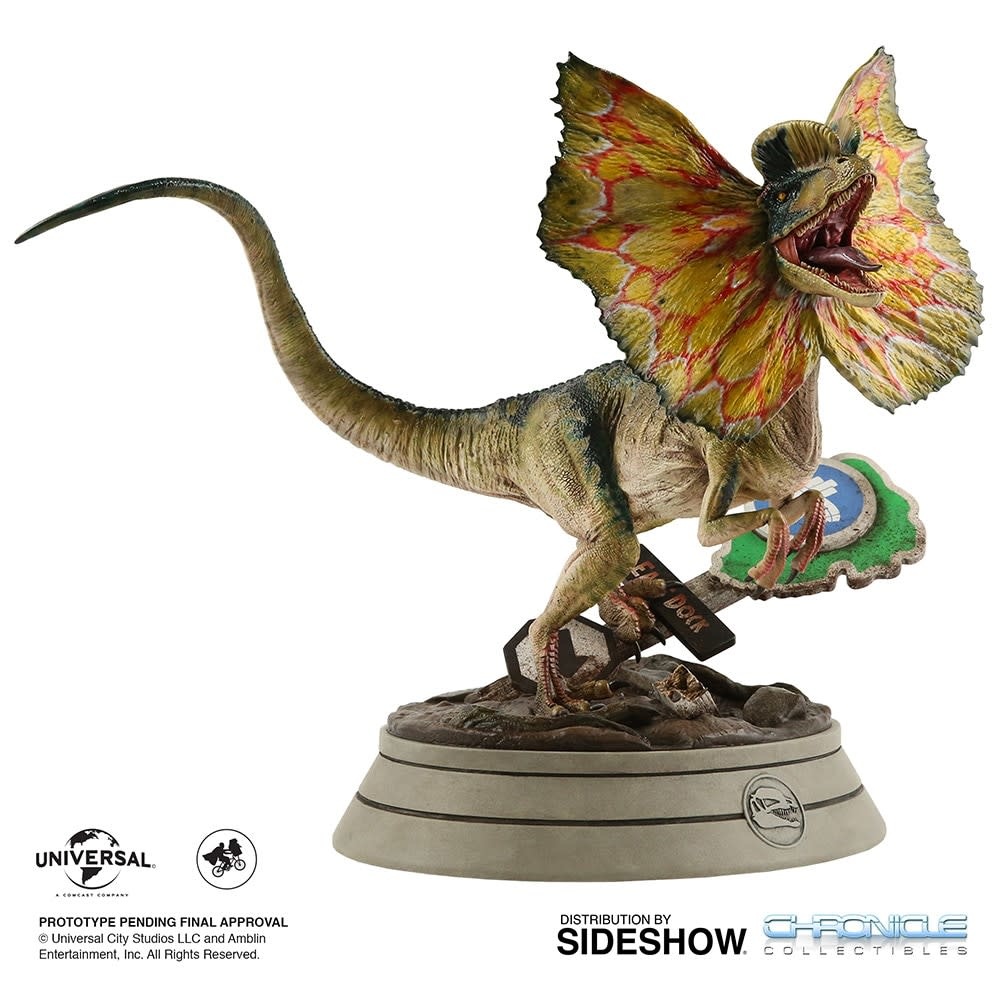 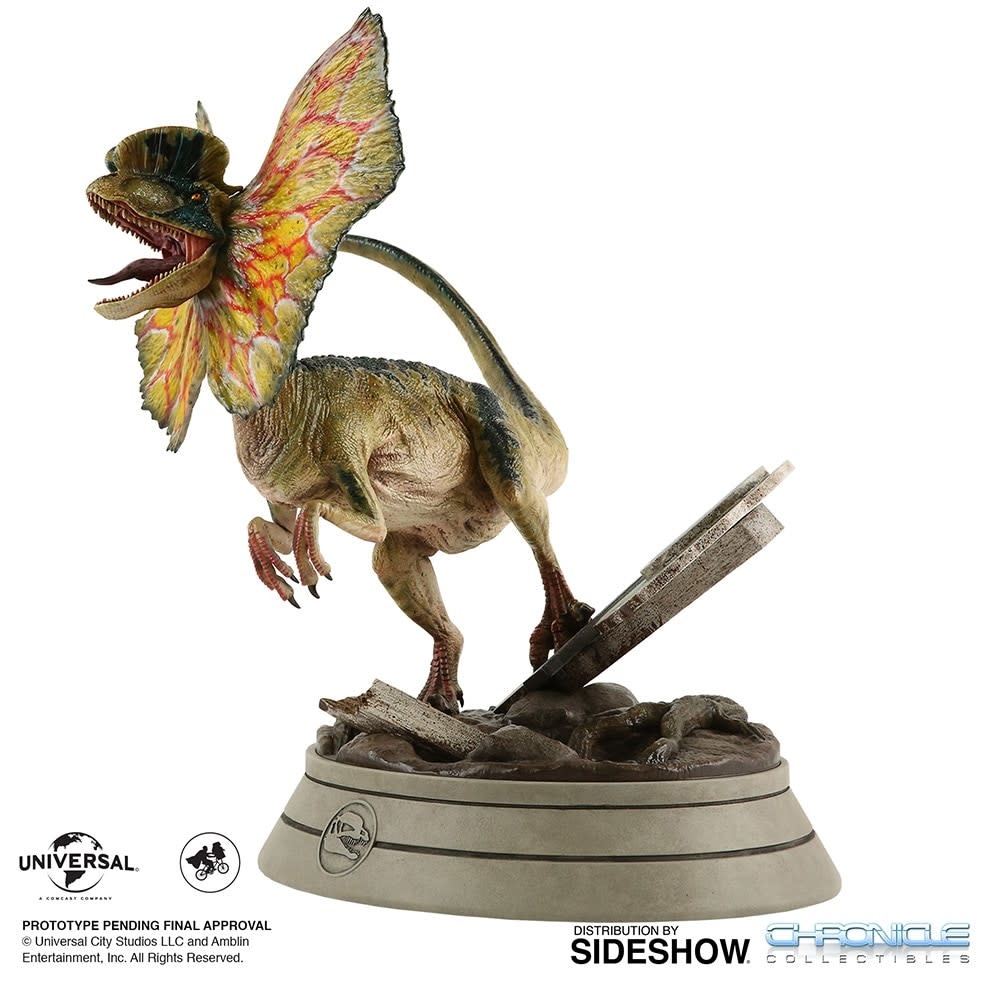 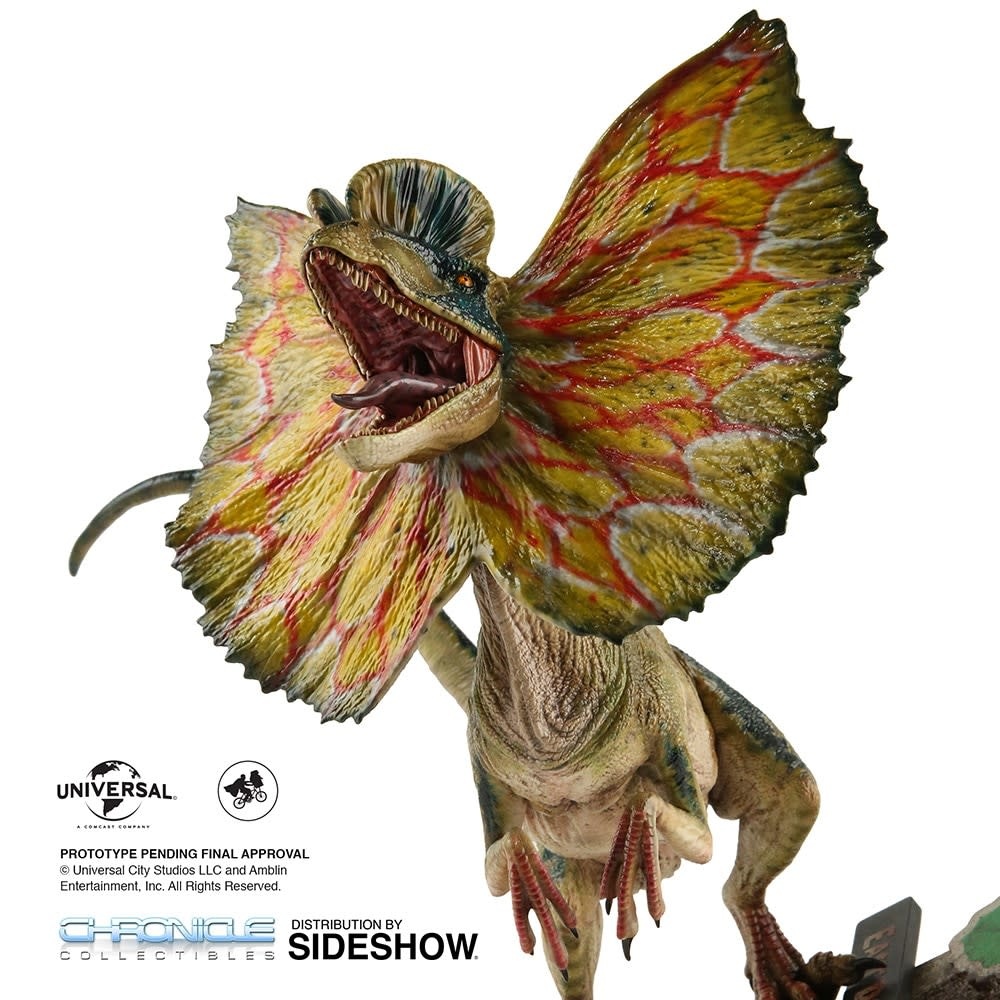 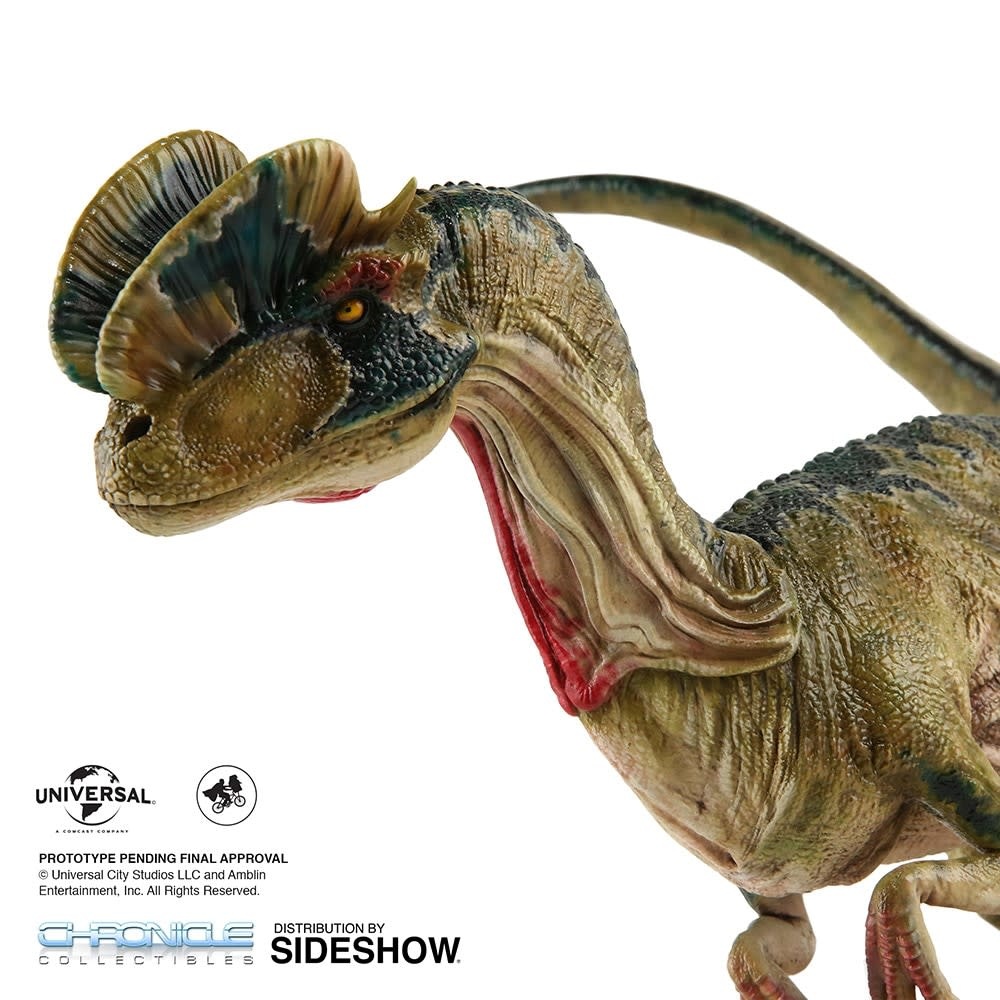 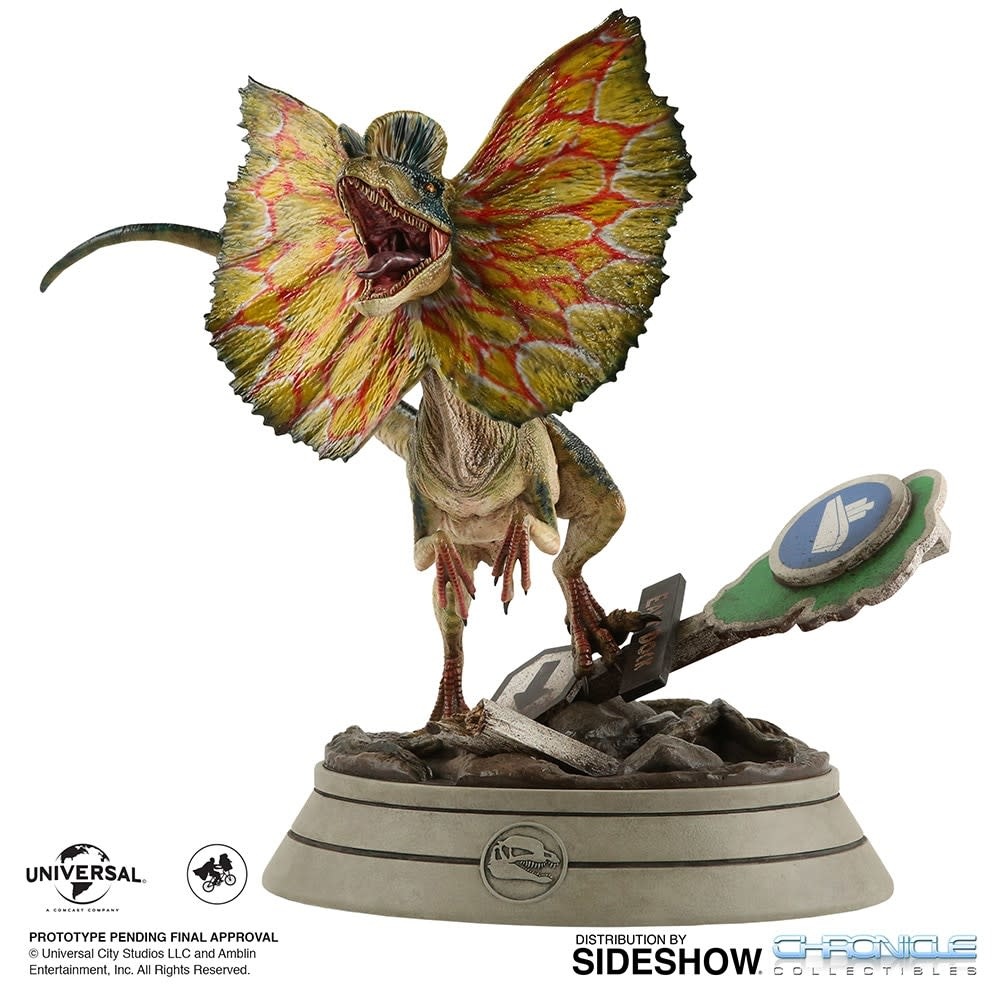 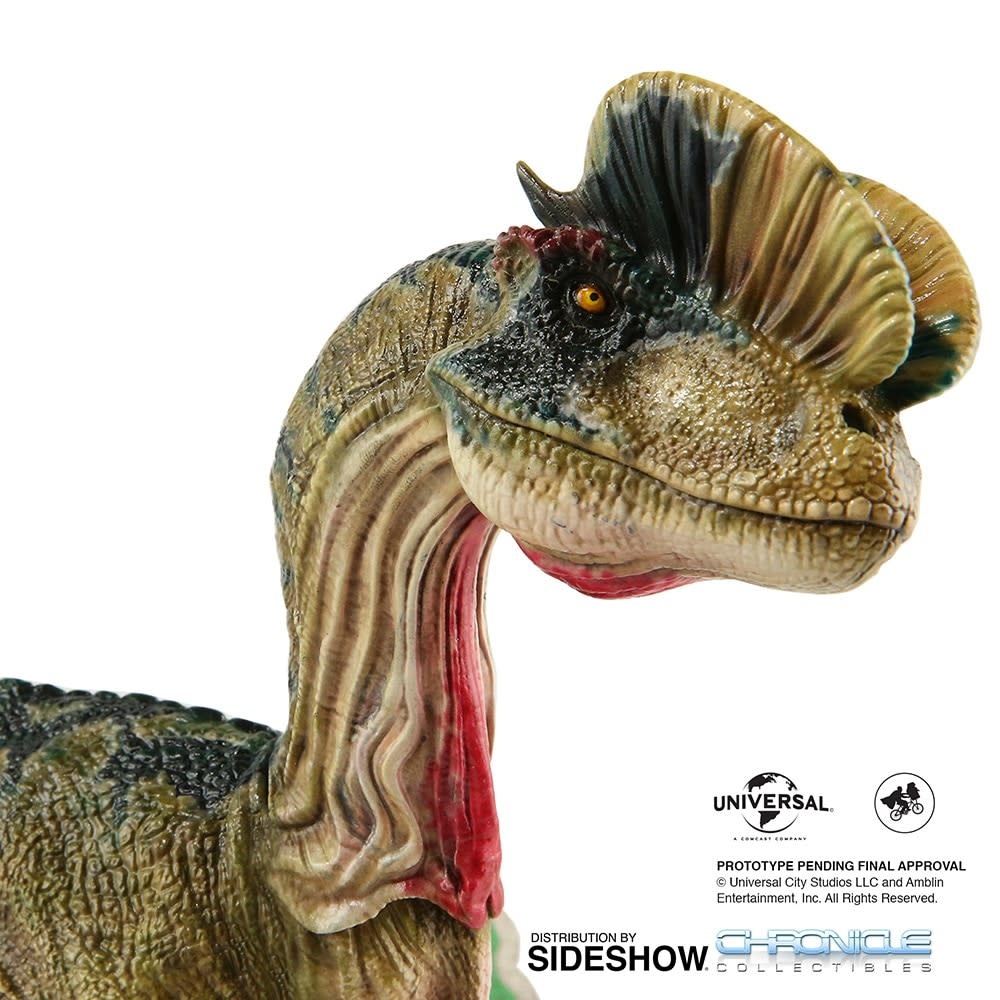 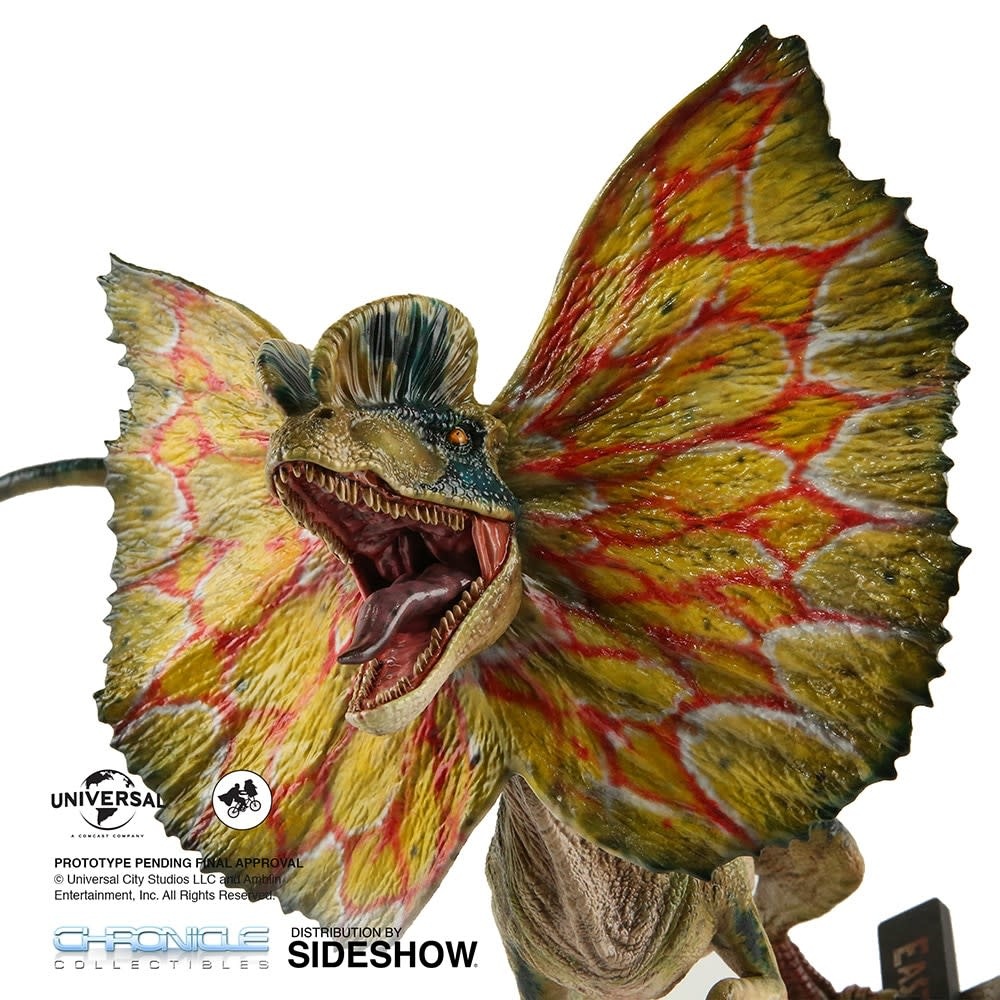 "Uh, nice boy. Nice dinosaur. I thought you were one of your big brothers, you're not so bad..."

On the storm-wracked island of Isla Nublar, with a pocket full of dinosaurs and greed in his heart, Dennis Nedry made one wrong turn too many.

Nedry fancied himself a man of numbers. His entire existence revolved around the manipulation of code to achieve a desired result. He wasn’t especially good at it. All the same, his eyes remained ﬁxed on a computer screen, and he had little time to see the world around him, much less respect it. Numbers, it seems, were the only thing he appreciated. All the more so when those numbers had dollar signs attached.

Which is how Nedry found himself at the bottom of a ravine in the middle of a storm, his Jeep stuck on a fallen branch, his glasses lost, stumbling blinding through water and mud and face-to-face with a deadly Dilophosaurus.

The Dilophosaurus in Jurassic Park is a four-feet-tall product of creative license that has the honor of being the only creature in the franchise to be rendered entirely with practical eﬀects. The renowned wizards at Stan Winston Studios embraced the task presented to them, and delivered to the screen a creature capable of going from oddly cute to ﬂat-out horrifying in an instant. Even before its neck expanded and that toxic venom ﬂew through the air, audiences knew that Nedry’s day was done.

The artisans at Chronicle Collectibles pay homage to the work of those eﬀects masters with their Jurassic Park 1:4 scale Dilophosaurus Statue. The creature’s curious expression is fully realized in one of the two heads included with the piece, which can be readily switched to the other to capture that signature look with the extended frills and screaming mouth. 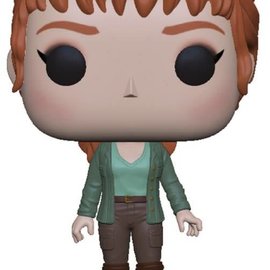 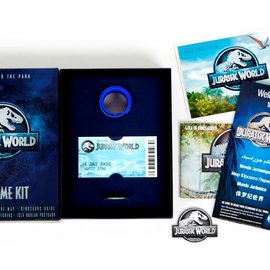 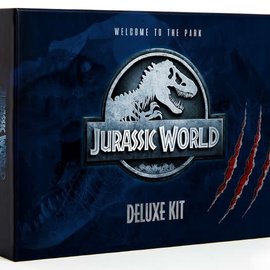