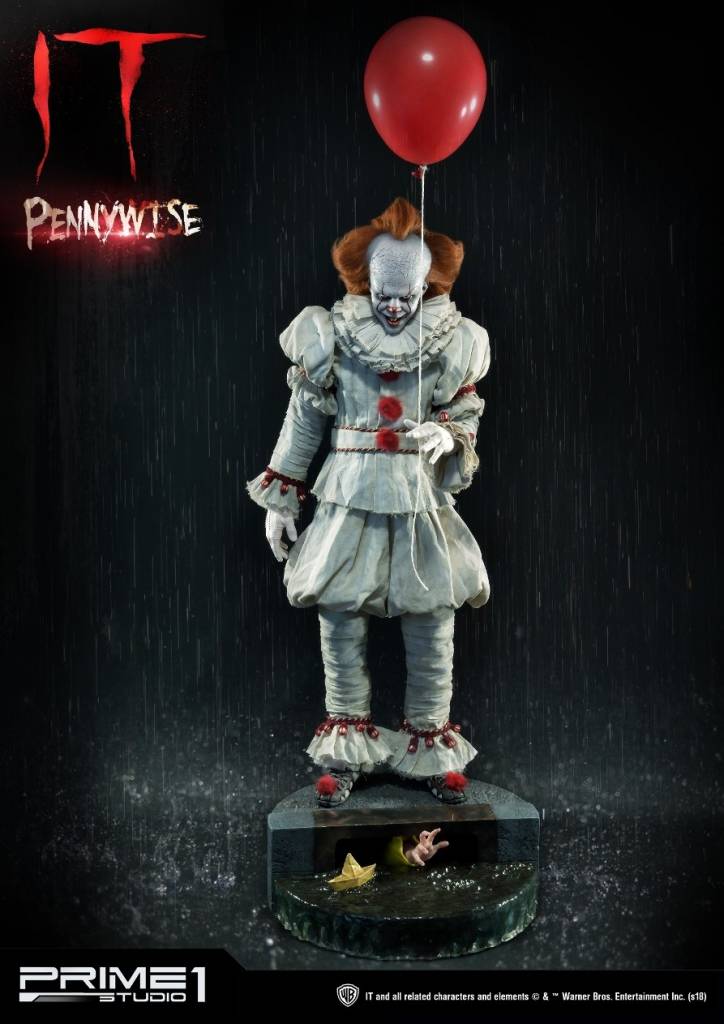 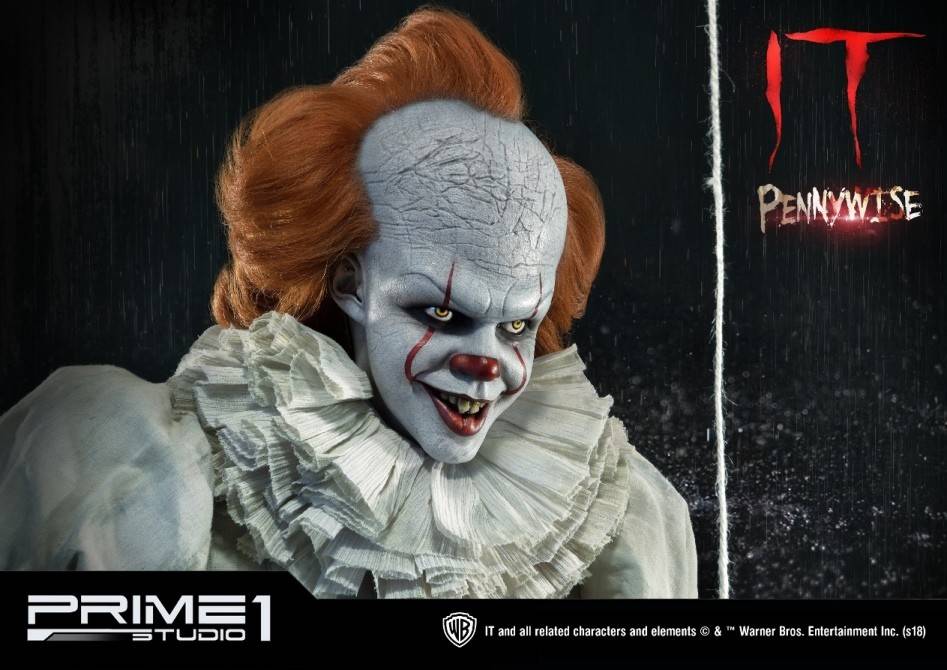 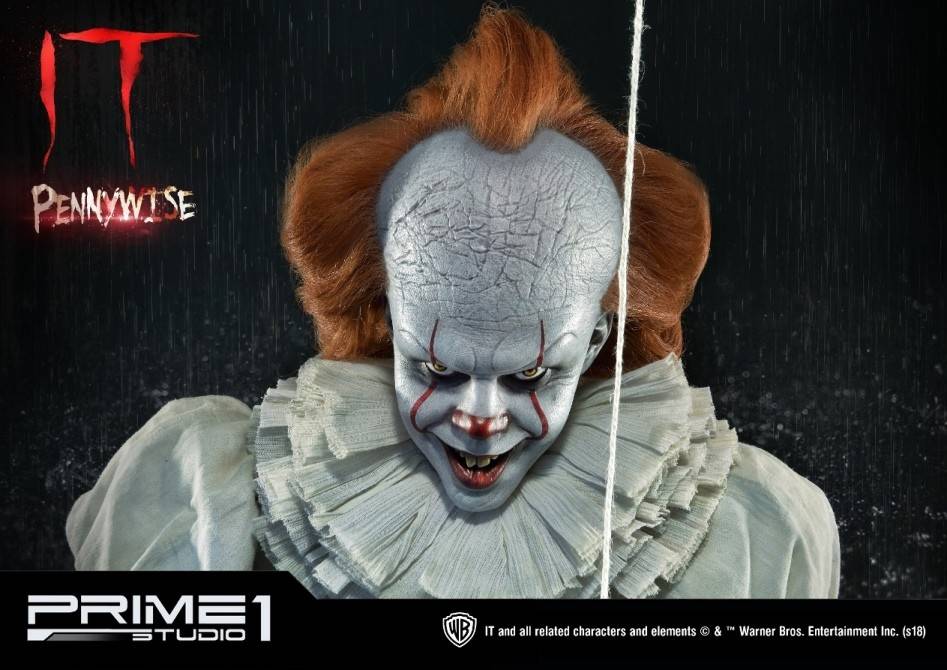 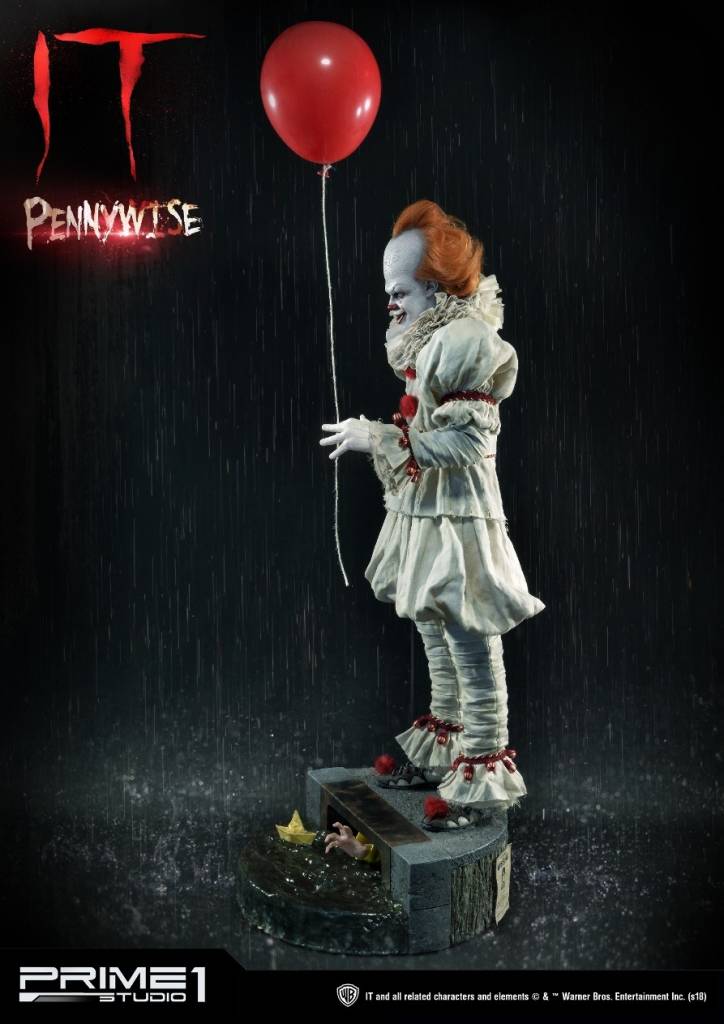 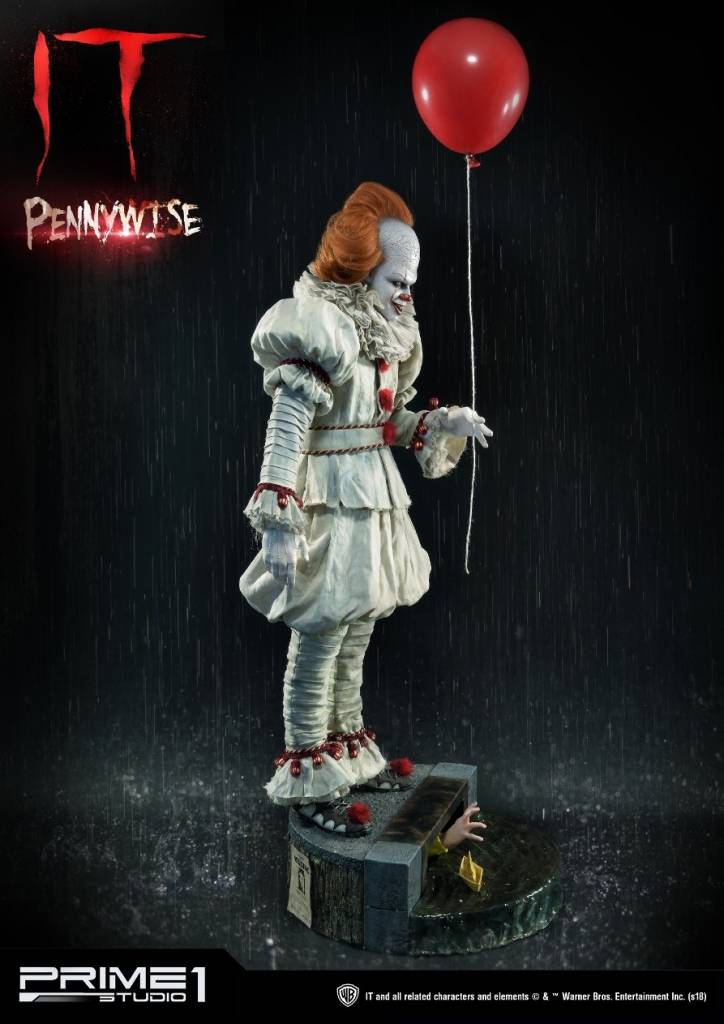 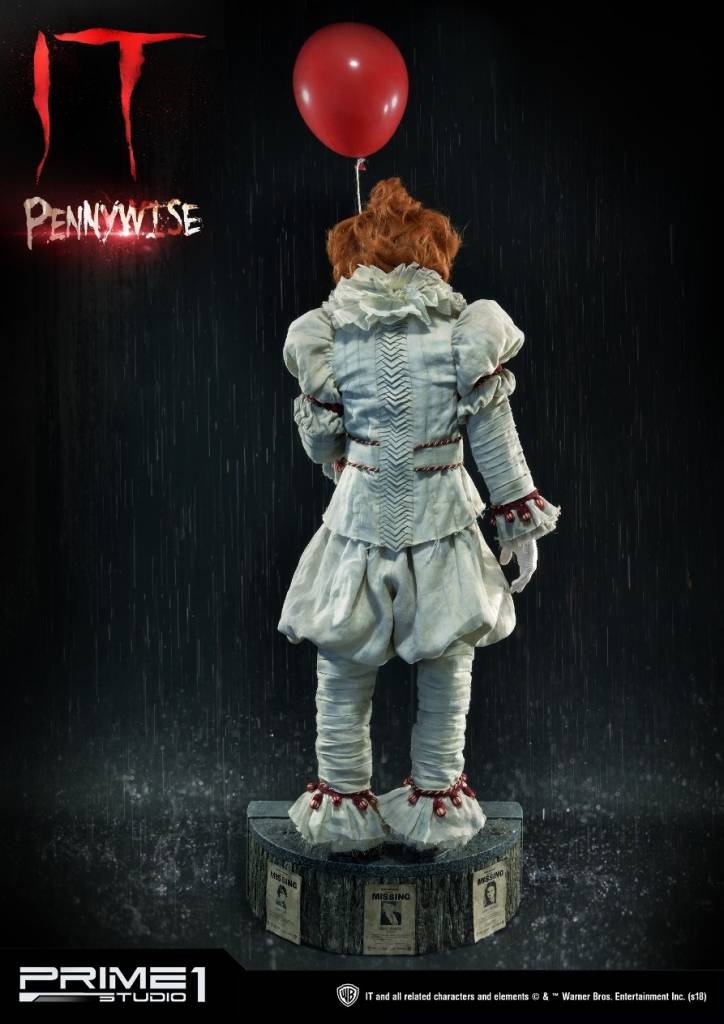 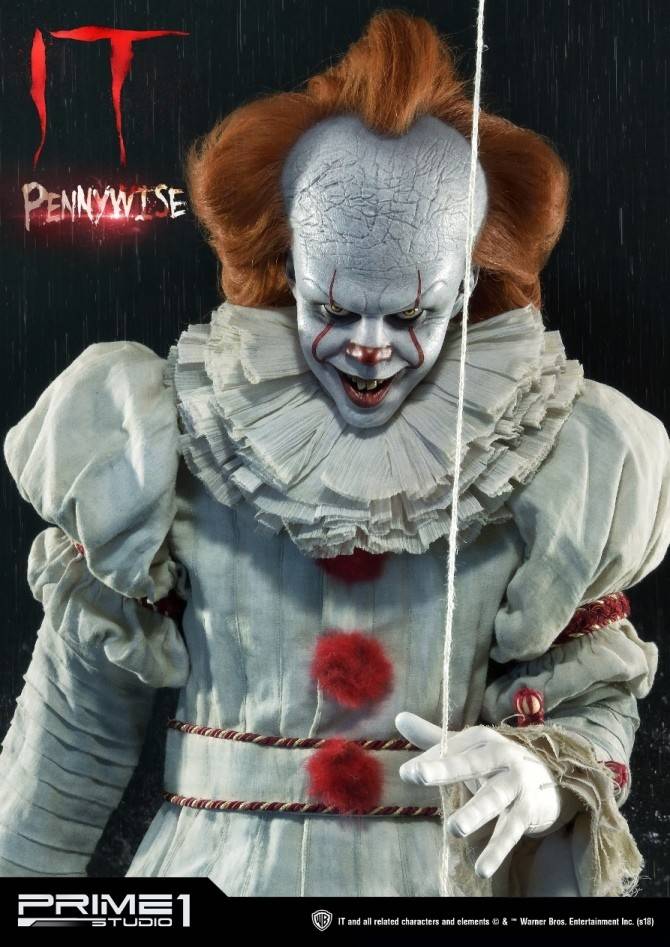 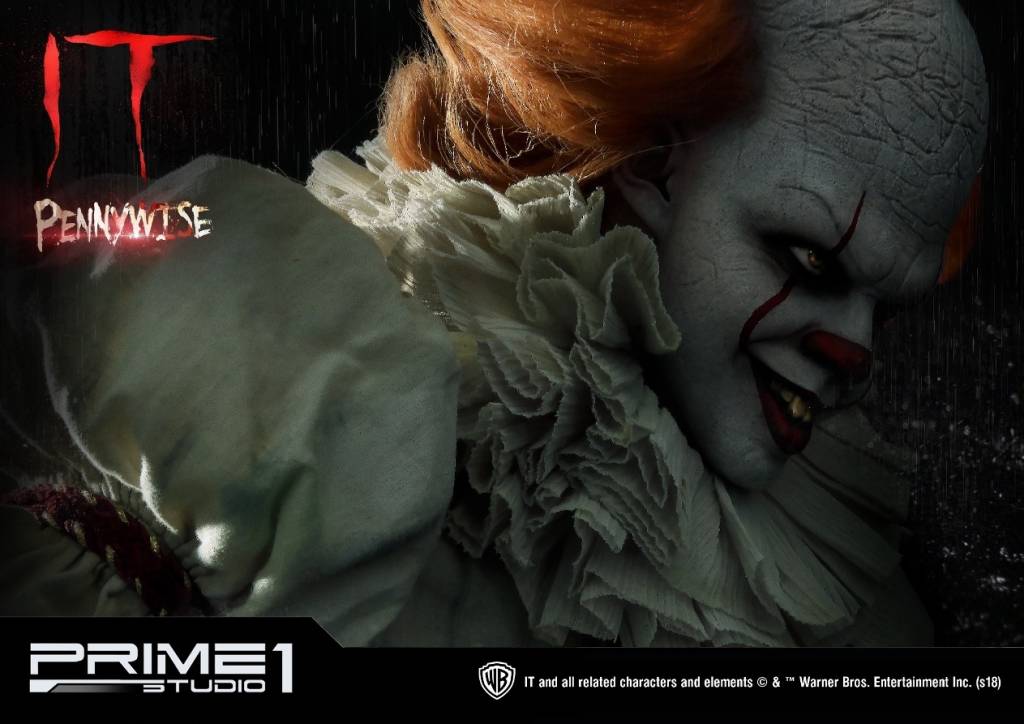 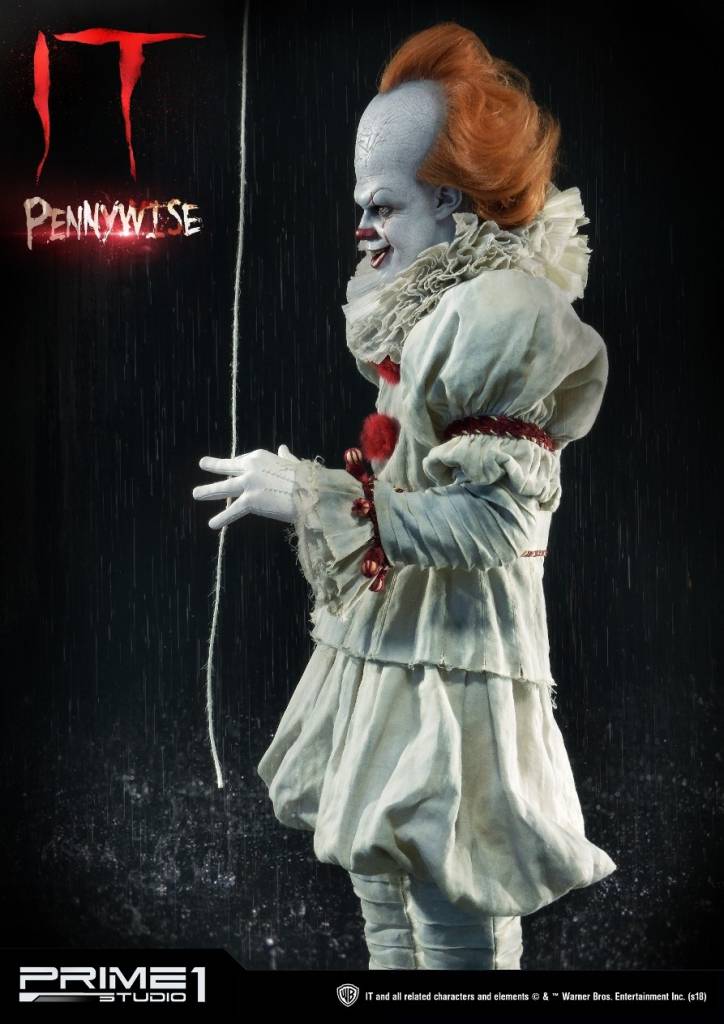 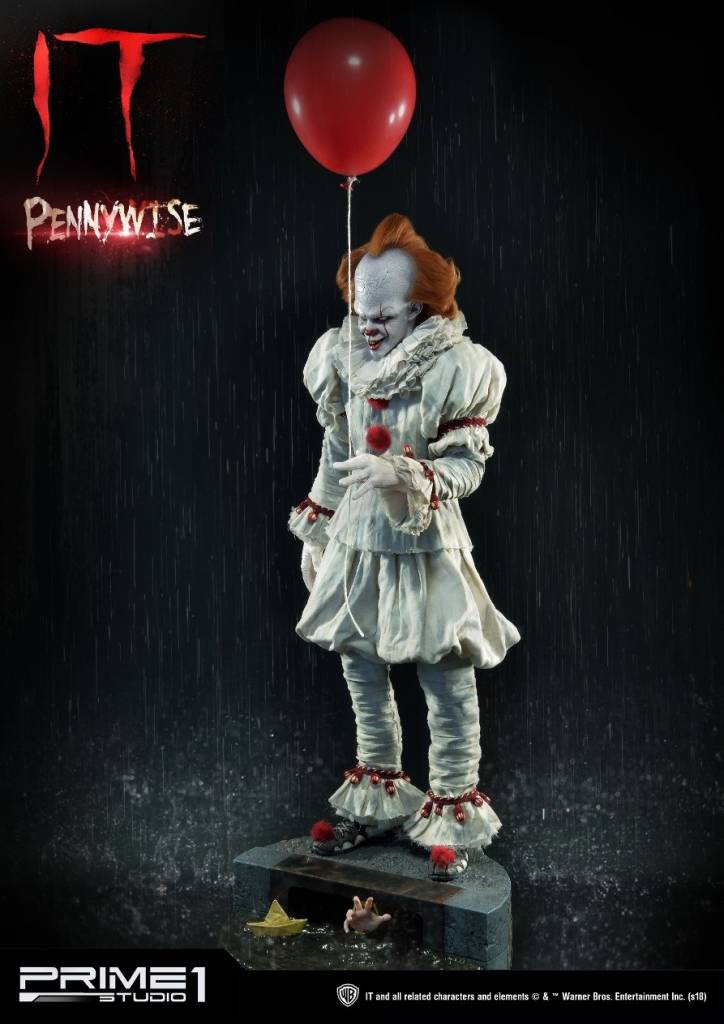 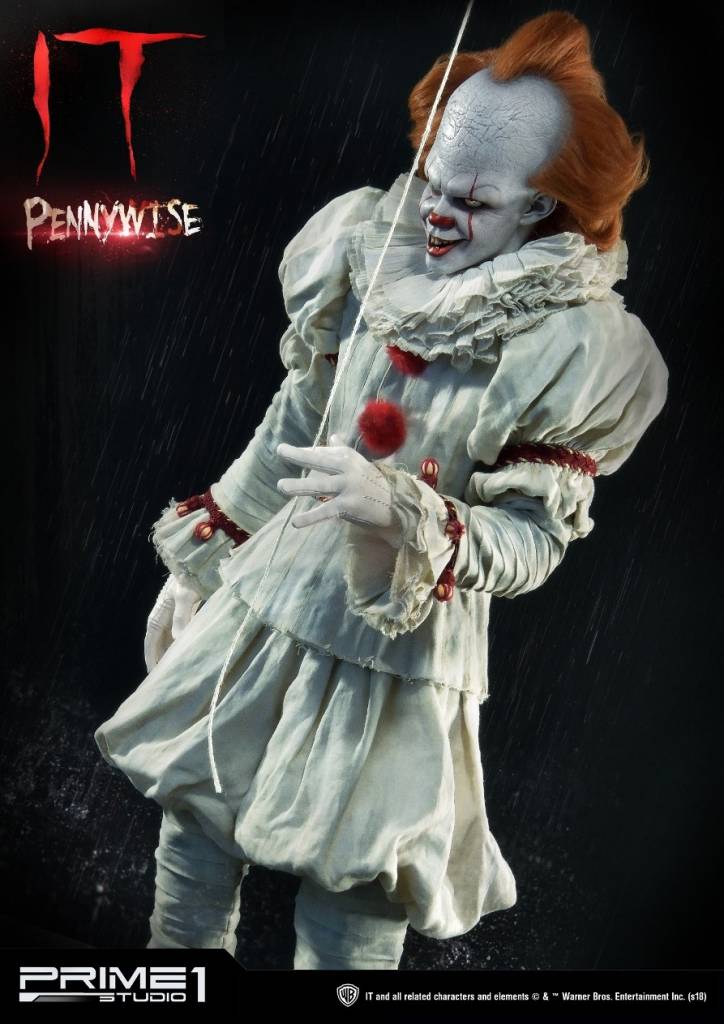 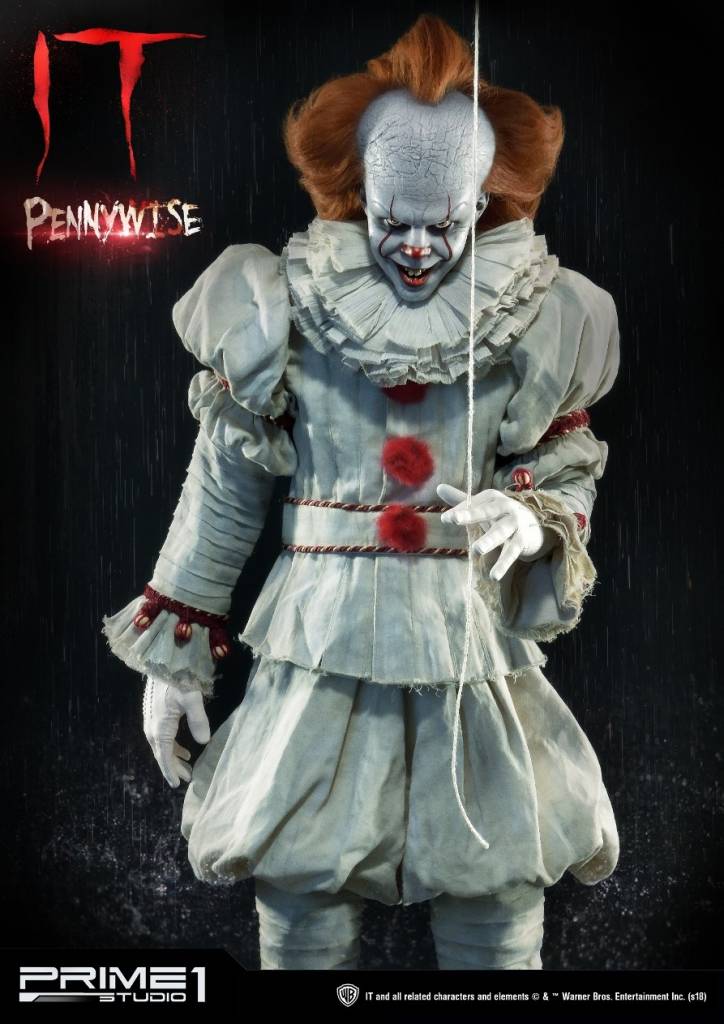 From the worldwide success 2017 horror film IT, drawn from the pages of Stephen King's original novel. Prime 1 Studio is proud to present 1/2 scale HDMMIT-01: It Pennywise statue. It, often capitalized as ''IT'', was the main antagonist in Stephen King's IT. Pennywise was an ancient entity that would awake about every 27 years in Derry, Maine to cause chaos and feed on people's fear. Its choice victims are usually children. It is a shapeshifting creature known as a Glamour and is billions of years old. Although it lived on planet Earth for many years, it originated in a void/dimension outside the regions of space known as the Macroverse. Since its true identity is unclear, due to its shape-shifting abilities making its real name and species unknown, the creature is just named IT. 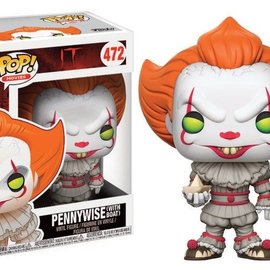 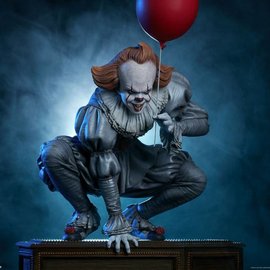