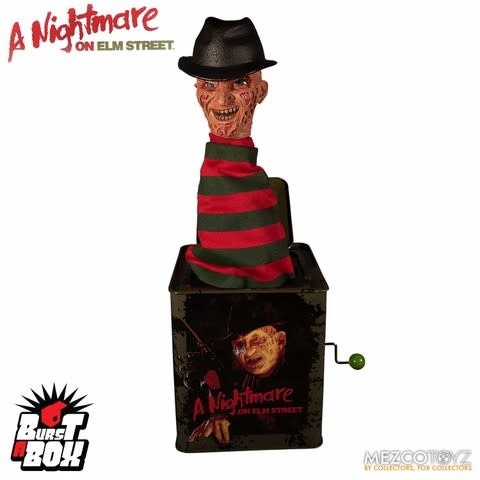 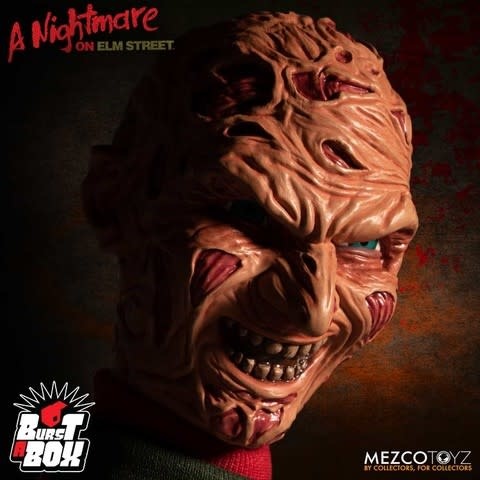 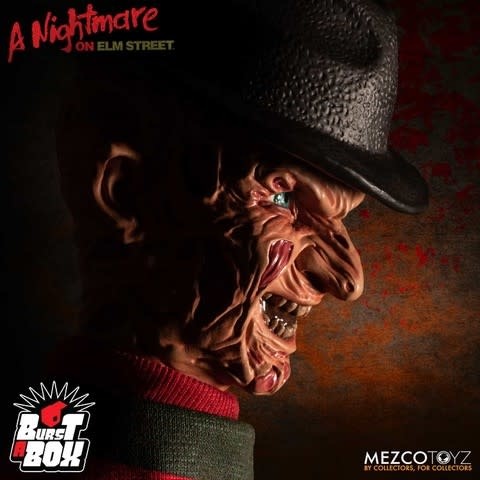 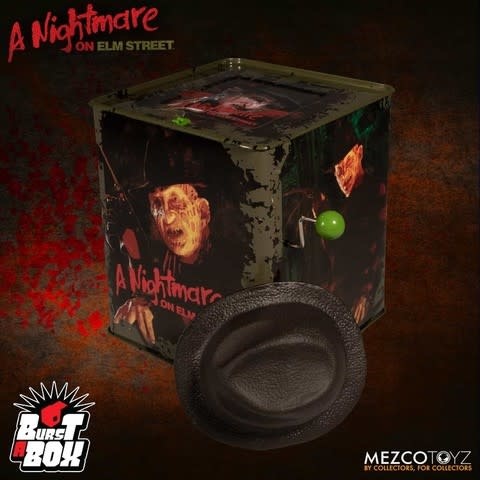 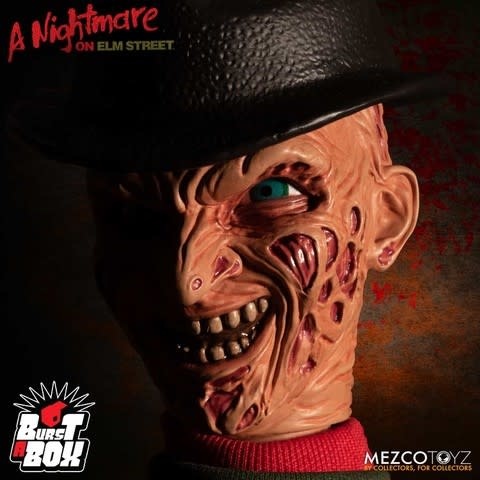 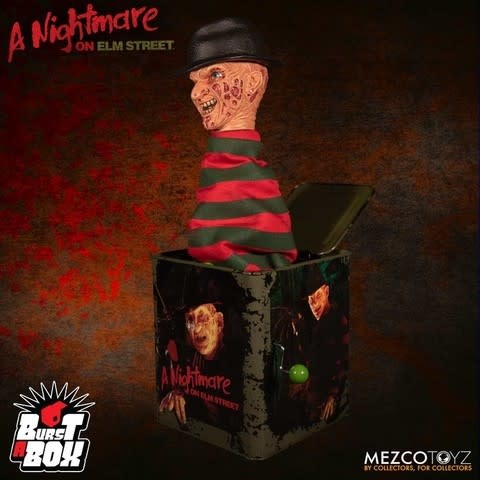 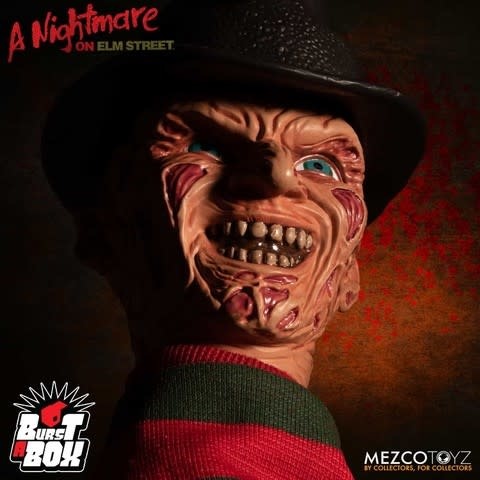 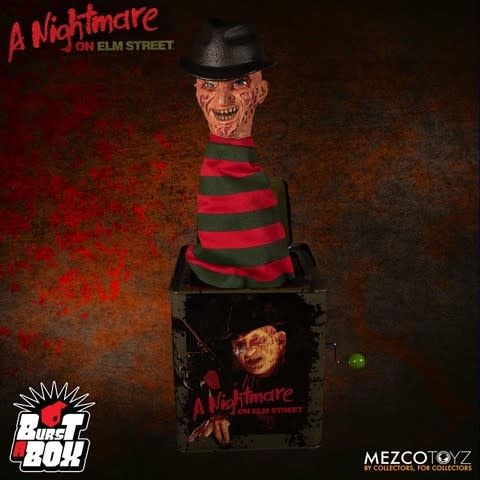 Mezco's Burst-A-Box is a pop culture infused twist on one of the most beloved, classic toys, the jack-in-the-box.

This fully functioning jack-in-the-box is approximately 14 inch tall when 'popped'. The Burst-A-Box features a detailed head sculpt and a clothed spring body, all encased in a tin music box.

Designed after his appearance in the film, Freddy features a devilish grin and wears his infamous striped sweater with a removable fedora that he can wear when popped out of his tin.

Burst-A-Box A Nightmare on Elm Street: Freddy Krueger comes packaged popped-out of his tin and perfect for display in a collector-friendly window box. 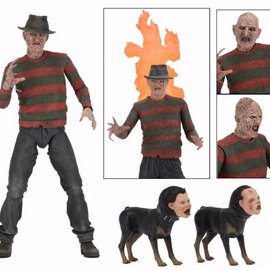 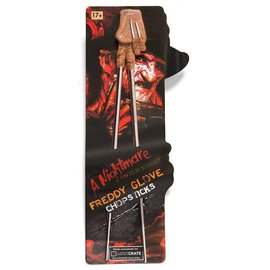 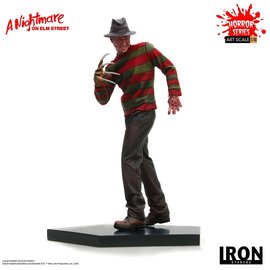 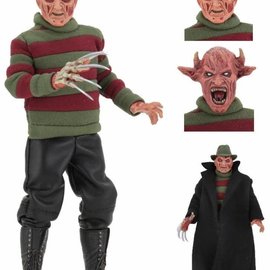